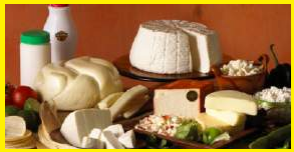 Mexico does not usually come to mind when I am thinking of what particular awesome cheese I want to serve as an hors d’oeuvres. When was the last time you were in Whole Foods or some other trendy store where fine Mexican cheese was featured? Although I have not sampled cheeses throughout Mexico and am a bit uninformed as to what is offered in metropolitan areas and have yet to see a Mexican cheddar or gruyere, the following is a primer on some basic, widely distributed types:

Panela: This cheese is smooth, moist, and a little flakey. At the organic market in Huatulco I have purchased and enjoyed locally produced panela that has included bits of habanero chilies and flakes of epazote. It is also sometimes coated with a garlic/chili paste. This is a great substitute for ricotta cheese in lasagna if you like it a little ‘picante’.

Quesillo: Also know as Oaxacan cheese, where it originates, this stringy product resembles a saltier version of mozzarella. It is stretched and kneaded and wound into balls and is the most common cheese in quesadillas.

Requesón: Translated as cottage cheese, this mild cheese can be substituted for ricotta.

Queso Chihuahua: Obviously from Chihuahua, northern Mexico, this is a semi-hard cheese and commonly available outside of Mexico. It varies from a mild flavor similar to Monterrey Jack but can be sharper.

Queso criollo: This pale yellow cheese is found around Taxco, Guerrero, and is so similar to Munster that the two can easily be interchanged.

Queso manchego: Originally Introduced to Mexico from the La Mancha region of Spain this mild cheese is commonly found outside of Mexico. It is good for melting in quesadillas, or for serving with a hard fruit such as apples and pears, or with crackers. Monterrey Jack is a good substitute. Manchego viejo is the aged version.

Queso cotija This is a sharp, crumbly goat cheese from Cotija, Michoacan, where it originated, but is commonly available outside of Mexico. It is usually sprinkled over beans and salads.

Chevre: I am referring to a wide range of fine soft, goat milk cheeses, which can be served as an hors d’oeuvres with baguette or other neutral bread or cracker. In Huatulco I have tried chevres with ash (ceniza), black pepper, and chipotle. These are excellent.

Queso fresco: This is usually a combination of cow and goat cheese and is similar to a mild feta and is very grainy. It is often sprinkled over beans. Queso añejo is the aged version.