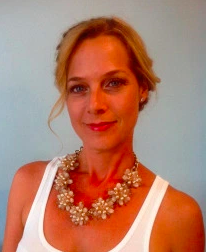 “The Seven Social Sins are:

From a sermon given by Frederick Lewis Donaldson in Westminster Abbey, London, on March 20, 1925.”

There has been a lot of chatter about how crappy 2016 was. The list of mishaps for humanity and social consciousness is staggering; Brexit, the US election, Syria, school shootings, a return to misogynistic and racist comments being socially acceptable and all the fake news, to mention just a few of the cringe-worthy items that happened this year. Headlines have become so ridiculous and we seem to be living in a time where truth really is stranger than fiction. With all of that, most of us are hoping that 2017 will be better. However, I doubt it will be. How can I be so cynical? Because 2017 isn’t a thing, it’s time. People in 2016 were full of hate, greed and intolerance. We are those people.

Even if you are thinking, ‘Well not me, I was good,’ or maybe you are thinking about all the good stuff you did in 2016: helping people out, donating to causes, listening to your daily affirmations on your new phone or in your car while you drove to work. I’m sure you work hard for all that you have and that you mean well – me too. But if 201′ is going to be better, we have to be better – a whole lot better! I don’t know if we can do it. We are selfish by nature.

If we are really going to be better in 2017, we are going to have to sacrifice some of our comfort, some of our feeling of entitlement and start nourishing the love machine until peace, not violence and hatred, is the norm of our human condition.

See you next month,