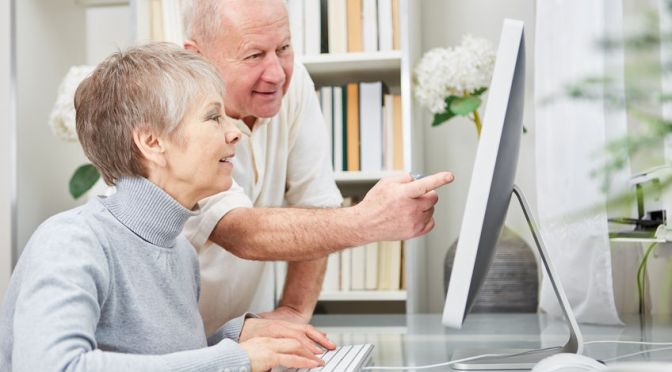 We are inveterate and indepen-dent travelers. We’ve touched down in every continent except Antarctica (too cold) and love immersing ourselves for weeks or sometimes months at a time in different communities and cultures. We’ve kidnapped our grandkids to live with us in Rome, Paris, Geneva, London, Jerusalem, Mexico City, and safari camps in sub-Saharan Africa.

So when we flew back to our home in California from our home away from home, Huatulco, on March 15 and immediately went into quarantine, followed by shelter in place, there was every reason to expect to feel trapped – that our world would shrink to our two-bedroom cottage. It hasn’t. In fact, we are bouncing around the world on a daily basis, meeting new people and as ever, immersing ourselves in communities and cultural events.

This of course has been made possible by incredible new technology including Zoom, WhatsApp, and AirPlay. We’ve also been supported by the unbelievable generosity of major music and arts institutions. And there is such ingenuity at universities and schools with a passion for providing opportunities for learning even in the most trying times.

During the first couple of months of shelter-in-place we binged on virtual trips to New York and London. Although we had frequently traveled from Huatulco to the Auditorio Nacional in Mexico City or the Teatro Macedonio Alcalá in Oaxaca, where we saw operas in HD streaming live from the Met in New York, during some months we were just too busy to leave Huatulco. And of course, we later heard about the superb performances we missed. We were very gratified to learn in March that the Met would be streaming recordings of a different opera every night gratis into our homes. And so, many nights in the first few months of confinement were spent captivated in a good way, watching the operas we had initially missed.

When the Met ultimately depleted its stock of recent recordings of live streaming performances, they began to present relatively old videos of past performances. We were reminded of why we used to travel to Europe for opera. Unlike European opera performances (and today’s in the US) that emphasize the story and character development, the Met formerly concentrated on each aria as an individual performance, and great applause – even curtain calls or encore performances – were encouraged in the middle of scenes. We didn’t appreciate the interruptions then, and even less did we enjoy them in old recordings. So, with nearly the totality of recent HD live operas happily part of our repertoire, we bade farewell to the Met.

Our virtual trips to London were weekly and specifically to visit the National Theatre Live. Although we have more than excellent theater in the U.S. and Mexico, and have seen memorable performances in the Teatro Telcel in Mexico City, there is nothing quite like a London performance. The brilliant performance of Jane Eyre was worth the cost and time for flying across the pond, but this year of course we only had to hit a button or two to attain first row seats. One Man, Two Guvnors was such a comical romp that we completely forgot we weren’t actually in pre-COVID-19 London.

Although we enjoyed other weekly offerings, we were pleased with the National Theatre’s fresh take on some of the Bard’s finest. We had completed our Shakespeare folio several years ago with a superb Pericles at the Oregon Shakespeare Festival and were even thinking of skipping the NT Shakespearean offerings. We’re so glad we didn’t. Twelfth Night, which we have seen at least five times, was stunning! Malvolia (yes, Malvolia) emerged as the main character in an unforgettable and deeply emotional performance. And we certainly weren’t sorry we didn’t have to navigate the tube stations and “mind the gap” to get to and from the theater.

By summer, we were ready for a virtual trip to Israel. We signed up for a three-week program of study at the Shalom Hartman Institute in Jerusalem. There were so many classes offered that we were like kids in a candy store trying to decide which to attend. Classes on art, on poetry, on philosophy, and current events, all tied to two predominant themes – social justice and living through plagues. We decided to view classes separately and then compare notes during meals. Our classes took place on Sundays to Thursdays from 9 am PDT to evening seminars. It was definitely like being back in college – but now we had a better appreciation for the professors than we did in college days.

Our studies at Hartman were followed by a week-long virtual tour of Israel – a different community every night. The most interesting community by far was an Ethiopian neighborhood in Ashdod, south of Tel Aviv. Our tour guide that evening was a young woman who was very open about the discrimination she had experienced as an Israeli of color and her life with one foot in the modern Israeli world and the other in the culture of her immigrant parents. We also met with a very gracious rabbi who described his passage from Ethiopia to Israel, including his shock at learning that Israel was full of white Jews. He knew no English and spoke to us in Hebrew with a translator. His final wish was that we all would learn enough Hebrew so the next time we met, we wouldn’t need a translator. We are trying to make his wish come true.

We are now zooming to an Ulpan (intensive Hebrew language program) on a kibbutz in the Negev south of Beer Sheva. We join fifteen other students who are located in France, Germany, Switzerland, and Argentina for two-and-a-half to three hours every Wednesday. During the other days we have plenty of homework. And we practice our lessons with the other students on WhatsApp.

When we’re not bouncing around the world for incredible learning experiences, we’re widening our horizons right here in our own community with book clubs, play readings, and classes in our congregation, and dinners with fascinating people – all these also safely on Zoom. Sometimes, admittedly, in the middle of the night, the walls do seem to being closing in, especially with windows all closed to keep out wildfire smoke. But, for the most part, our world is growing larger, not smaller, and including a greater variety of people. So, if you’re finding yourself feeling confined to wherever you’re now located, Mexico or the U.S. or Canada, open your mind and your computer, and join us in our explorations or your own.