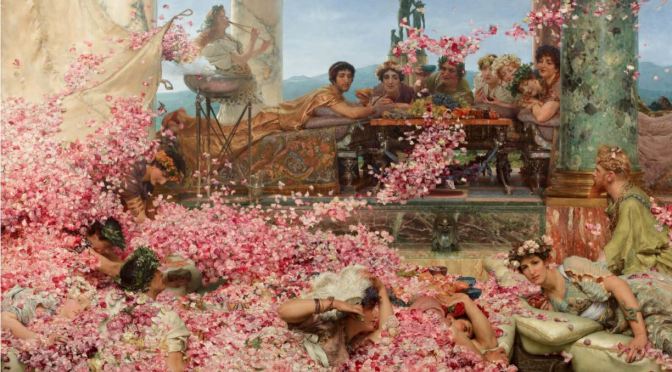 In 1946, a five-year-old Spanish kid moved to Mexico. He didn’t come from money, but Juan Antonio Pérez Simón would end up with quite a lot of it. His dad had a middle-class job in the beverage business, and Juan Antonio taught himself finance, starting his career in accounting. As a young man, his path crossed that of Carlos Slim Helú, whose business talents eventually made him the richest man in Mexico, and at times, the richest man in the world.

When they were both 25, Pérez Simón joined Slim as a partner in starting the investment banking company Inversora Bursátil. By the time they were 35, Slim had started the Carso group (“Car” for “Carlos,” “So” for his wife “Soumaya”); Pérez Simón held a 30% minority stake, but through Carso, he would become head of the interests and entities we foreigners call “Telmex” (Teléfonos de México), thus joining the global business class of Mexico and getting really, really rich.

And what did he do with his money? He bought art. He was a collector from his early teens; he and his wife, according to one assessment of the collection, could only afford reproductions and “cheap Mexican landscape paintings” when they started out. Current assessments reveal that Pérez Simón owns important, some very well-known, paintings from the 14th century on, although he finds “modern” (i.e., past maybe 1970) art of little interest – too devoid of emotions, too intellectual.

His collection contains any number of notable paintings, including paintings we might consider classically modern (e.g., American Abstract Expressionism). Among the works that arrived in New York City for a 2018 exhibition at Di Donna Galleries, “A Passion for Collecting: Modern Works from the Pérez Simón Collection,” were two he purchased from Christie’s in New York at the equivalent of a fire sale during the 2008 financial meltdown. Of course, for Pérez Simón, “fire sale” means $1,142,500 for Magritte’s Exercices Spirituels and $962,500 for Joan Miro’s Femmes devant la lune.

Less attention is usually paid to Pérez Simón’s collection of Pre-Raphaelite paintings, except when, in 2014, he sent 52 Victorian-era paintings to Europe. The exhibition started in Paris, went to Rome, then Madrid, and finally England to be exhibited in the London house of Frederic, Lord Leighton, now the Leighton House Museum.

A Victorian Obsession: The Pérez Simón Collection,included five of Leighton’s own works, four of them painted at the Leighton House studio. Named head of the Royal Academy in 1878, Leighton was a social and political success; he was the only artist ever elevated to the House of Lords – unfortunately, he died at home the afternoon of the next day.

Lord Leighton knew and entertained most of the Pre-Raphaelites and the closely allied Victorian classicist painters; his own work falls more on the classicist side. The exhibit was most lauded for its unique combination of Leighton House – a monument to the wealth, status, and eccentric tastes of a successful Victorian artist – with the sensuous, romanticized paintings, which on closer examination, often showed a dark underbelly. One of the most famous paintings of the era, Sir Lawrence Alma-Tadena’s The Roses of Heliogabulus, was painted in 1888, when Victorians saw themselves as heirs to the Roman Empire (remember “The sun never sets on the British Empire”?). The painting shows Emperor Heliogabulus (218-22 CE) indulging in his usual debauchery, amidst a deliciously pink shower of rose petals (history says Heliogabulus used cherry blossoms). Only thing is, the rose petals are smothering the guests, every last one of them, to death. Word has it that the painting, the last as you wended your way through Leighton House, was surrounded by the “scent of seven of the world’s most exquisite roses.”

That was enough to set off reviewer Waldemar Januszczak, who blogged that “Droopy damsels in distress take centre stage in A Victorian Expression.” Pointing out that Leighton was only a year older than Manet, who was busy founding French impressionism, Januszczak condemns Leighton and his contemporaries for engaging in “demented escapism.”

While he makes fun of the Mexican billionaire for collecting this particular movement in art, Januszczak makes no mention of the extraordinary breadth of the Pérez Simón collection as a whole.

We all know Carlos Slim is just as dedicated as his longtime friend Pérez Simón in collecting art – don’t worry, they apparently confer in advance so they avoid bidding against each other.