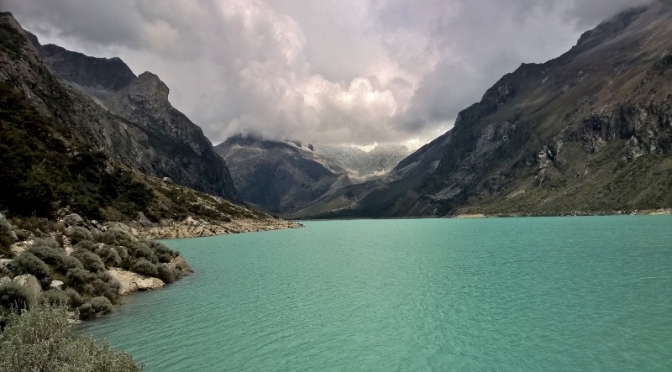 While climate change research is producing issuing dire assessments about the very short timetable and the very large commitments required to avoid environmental disaster, there have actually been some bright spots on the ground. Here are five of them.

1) The Monarch Butterfly Bounces Back

In the January 2017 issue of The Eye, I reported on the death of 6.2 million monarch butterflies in a freak severe winter storm in the Sierra Madre mountains of Oaxaca. At that time, experts were so concerned about the fate of the monarch that they speculated that they might be listed as threatened in just a few short years. In 2020, the numbers hit an all-time low.

In 2021, however, some areas along the migration route saw an increase in monarchs by as much as 4900% from the previous year. While others saw only a 25% increase from 2017, biologists and conservationists are encouraged that this is the beginning of a new era for the monarch butterfly.

China’s giant panda’s iconic black and white markings have long been a symbol for conservationists worldwide. The World Wildlife Fund, which has used the panda as their logo since 1958, upgraded them from endangered to vulnerable in 2021.

There are now about 1800 pandas thriving in the wild; last year, China also announced the creation of the Giant Panda National Park, which will contribute to growing numbers of wild pandas. The park will be roughly the size of the United Kingdom and will also serve to protect other threatened and endangered species such as the China tiger and the Siberian leopard.

Fourteen countries banded together in the name of ocean conservation. Australia, Canada, Chile, Ghana, Indonesia, Japan, Kenya, Mexico, Namibia, Norway, Portugal, Fiji, Jamaica, and Palau collectively committed to protecting all of the world’s oceans, not just focusing on the areas that were already in preservation status.

From shutting down illegal fishing operations to restoring depleted mangrove forests and renewing coral reefs, these 14 nations are committed to doing their part to solve the more significant climate change crisis.

Off the coast of Australia, in the Great Barrier Reef, a “coral IVF” project has aided in the birth of billions of new coral babies in 2021 alone. Australia also announced a plan to create 60 new marine reserves, with two massive reserves planned in the Indian Ocean, one of which will encompass 194,000 square miles.

The Peruvian government established a 2.7 million acre reserve specifically for “uncontacted peoples” to preserve their way of life and the land they live from. After 20 years of political debate, a new law has been enacted to protect indigenous people from oil conglomerates and other companies that seek to extract natural resources from the Amazon rainforest.

At last year’s United Nation global climate summit in Glasgow (COP 26, co-sponsored with Italy from 10/31 – 11/12/2021), research was presented that suggested that if tropical rainforest nations wanted to meet their Paris Agreement goals, the most effective action they could take would be to return vast sections of land back to the indigenous peoples and once again make them the land’s legal stewards.

5) Mexico Bans GMO Corn and Pledges to Phase Out Glyphosate

In January 2021, Mexican president Andrés Manuel López Obrador issued a special decree that prohibited genetically modified corn and committed the country to phasing out glyphosate by 2024.

There are 59 distinct varieties of corn that are native to Mexico, the birthplace of corn, and many believe that planting GM corn could threaten the biodiversity of Mexico’s native corn.

Glyphosate, the herbicide used in Roundup, kills broad-leafed weeds and grasses. Glyphosate is suspected of causing illnesses such as cancer, infertility, and liver disease. In the decree signed last year, farmers and other agricultural producers will have to stop using glyphosate by 2024.

Both of these protections are important steps towards keeping the food supply in Mexico safe and healthy, as well as preserving the integrity of Mexico’s most important native food, corn.