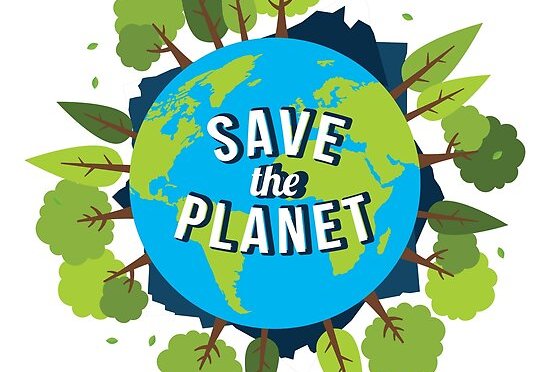 In September of 2019, the online edition of Forbes featured an article titled “The Greta Thunberg Effect: The Rise of the Girl Eco-Warriors.” But the truth is, women have been advancing the environmental movement for generations – even here in Mexico. Though not making headlines around the globe, these five Mexican women deserve credit for their contribution to the eco-movement.

Margarita Martínez, 21, a student in the Sustainable Development Engineering degree at Tecnológico de Monterrey, has dedicated her time to promoting environmental care in her environment, raising awareness among young people about the threat of climate change.

The Spanish-language newspaper El País named her “the Mexican cleaner” for her initiative Limpiemos Nuestro País (Let’s Clean Our Country), which has managed to remove more than 65 tons of garbage from public spaces located in Monclova, Coahuila and Monterrey, Nuevo León.

In an interview, when asked why she decide to create such a movement, Martínez said it was the “indifference” that exists towards the realities that the world is going through, not only environmental matters, but also social matters, since the challenge of climate change is a socio-environmental problem that affects us all, but especially the unprotected and unsupported classes.

Wendy Herrera, a student in the Industrial Physical Engineering program at Tec de Monterrey, headed up a team to create a smartphone app that allows users to generate points and exchange them for services or products to protect the planet. You can cash in these points to do things like pay for groceries or take public transportation, all for taking care of the environment.

The app is called Iknelia, which translates from Nahuatl as “help.” Iknelia also seeks to raise awareness through content such as videos, environmental programs and a calendar of workshops aligned with the theme of the environment.

At the age of 22, Ixchel Anaya was studying interior design when she became a mother for the first time. When she realized that disposable diapers were causing her baby a painful rash, she started looking for alternatives. And although she found a lot of products in Europe and the United States, she found there were no products in the local market and decided to make her own design with the help of her grandmother.

Since 2009 she has dedicated her life to the manufacture of cloth diapers from environmentally friendly textiles. Her product can be reused up to 600 times, is better for the baby’s health, and allows families to save up to 25 thousand pesos, all while reducing disposable diaper waste in Mexico, which is estimated at 14% of all waste.

Sarita Mazuera, the Chief Operations Officer for Veolia Mexico (an international company specializing in efficient management of water, waste and energy), is another woman dedicated to the development of techniques and alternatives to both care for and improve the environment in Mexico.

She has also been a member of the national Water Advisory Council, an independent body focused on analyzing, evaluating and finding solutions for the country’s water crisis. And, to inspire more young women to become change makers, she participated in the international movement Girls on The Move Week, which mentors young women in order to strengthen their development in professional fields.

Sandra Pascoe Ortiz, an academic from the University of Valle de Atemajac (UNIVA) in Guadalajara, developed a biodegradable plastic primarily made from the nopal cactus. Using a mixture of powdered dried cactus and cactus juice, along with other organic ingredients, she managed to create a plastic that starts decomposing in the soil after one month. If put in water, it starts to break down in a matter of days. Even if it were not to break down completely, her plastic is 100% non-toxic and can be ingested by both humans and animals without causing any harm.

When it comes to her revolutionary new plastic, she recognizes that despite its being an environmentally friendly material, it is not a complete solution to stop environmental contamination of non-recyclable materials. In an interview with Forbes, she said, “I believe that it is never too late to start changing things. Every day, there is a new opportunity to do things better, so if we each do what we have to do, there is another opportunity to reverse all the damage we have done to the planet.”

I think the other women on this list would agree!