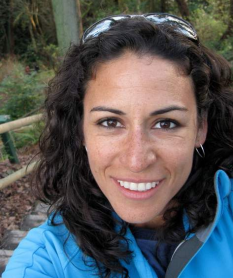 It was a great injustice and tragedy this December when Ximena was taken from this life. I think even an accomplished writer would struggle to convey the magnitude of this loss, there are stacks of adjectives to describe her but it isn’t enough. To comprehensively study Ximena (and she was one for comprehensive study!) one would need to look at her amazing connection to her community, see the smiles of the kids while she taught capoeira, hear her voice as she defended against acculturation in Mexico and to feel her support in friendship. She moved through each day with a grace and respect for those around her that was enviable.

There is no doubt that she is greatly missed by everyone she came in contact with. However ‘missed’ is an understatement. With great sadness we will not have the priviledge of seeing all that she would have accomplished. She was one of the most positive people I ever met, but she never hesitated to raise her voice for what she believed was right. She was a woman who was changing the world.

We think it only appropriate to share with our readers a synopsis of the fascinating research Ximena was doing about this area. -Jane Bauer

Ximena’s deep interest in her research, patience for sorting through myriads of documents, and willingness to set aside preconceived ideas, made her the ideal Ph.D. candidate. Her research took her to a large number of document depositories in the state of Oaxaca and in Mexico City. In her last report on the progress of her research (September 2011 at the University of British Columbia, Vancouver) Ximena gave her analysis of several centuries of documents mentioning the mystery of the wooden cross at the beach that is now called Santa Cruz – the cross that gave Huatulco (“bowing down to wood” or “revering wood”) its name. From her ethnographic, anthropological viewpoint, the story of the wooden cross qualifies as a myth because of the description of supernatural events in the story. One of the interesting aspects of this myth, Ximena noted, was that the primary actors in the story are foreigners.

The earliest version of the myth, she found, involved only the arrival of the pirate Thomas Cavendish, who was enraged to find a large wooden cross that to his mind was not Christian, and he tried to destroy it, tear it down, chop it into pieces, or burn it… but he failed. Later, as the indigenous population was converted to Christianity, the myth was expanded to include the miraculous figure of Saint Thomas, the apostle who supposedly brought the cross here in the first instance, 1600 years earlier.

At the conclusion of her presentation Ximena described her plans for her next research focus — the rites associated with the Fridays before Easter in Oaxaca, which she hypothesized, unlike the cross myth, still incorporated ancient preHispanic rites within an eminently Catholic ceremony.

Ximena’s untimely death will not only leave a hole in the hearts of those who loved her, but a vacuum in the knowledge of the beliefs of those who first lived in Huatulco.