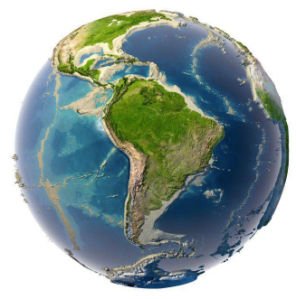 Earth Day, an occasion to demonstrate support for environmental protection, is celebrated annually on April 22nd all around the world. It was first celebrated in 1970 and brought 20 million Americans out into the spring sunshine for peaceful demonstrations in favor of environmental reform. The year before in 1969 peace activist John McConnell suggested that there be a day to “Honor the Earth and the concept of peace”, UNESCO then decided that this day would be celebrated on March 21st, the start of spring in the Northern Hemisphere. A month after this occurrence, a totally unrelated Earth day was created by United States Senator Gaylord Nelson, to occur on April 22, as a day Americans could speak out about the environmental crises they faced. Later on, Nelson received the Presidential Medal of Freedom Award in recognition for this movement. Earth Day’s massive public support forced politicians to notice the severity of the environments degradation. The first Earth Day declaration was issued by San Francisco mayor Joseph Alioto; UN Secretary-General U Thant promoted the Earth Day movement and global initiative to celebrate this yearly event and on February 26, 1971, he stated:

“May there be only peaceful and cheerful Earth Days to come for our beautiful Spaceship Earth as it continues to spin and circle in frigid space with its warm and fragile cargo of animate life”. Today Earth Day is celebrated in more than 192 countries worldwide, is coordinated by the Earth Day Network, and more than a billion people participate.